Diagnosed with a heart defect at birth, Damian Del Rio continues to beat the odds

(SACRAMENTO) — At just two days old, Damian Del Rio was diagnosed with Tetralogy of Fallot (TOF) - a very rare combination of four related heart defects that occur together - and was transported to UC Davis Children’s Hospital. While in the Neonatal Intensive Care Unit (NICU), doctors also determined he had bilateral hearing loss. 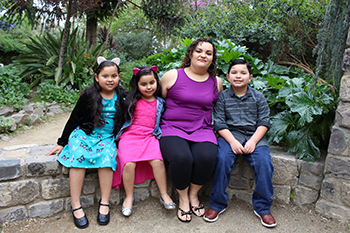 “Damian was our first child. We were not prepared,” Gonzalez said. “You never think that something like this is going to happen to you.”

At three months old, Damian had his initial heart surgery. Another followed at nine months. The next surgery was at age 2 1/2. More procedures loomed on the horizon and Damian’s bilateral moderate hearing loss only complicated this young boy’s life.

“I wanted to make his childhood the best it could be, but it was a roller coaster,” Gonzalez said.

Amid his continued treatment and health struggles, Damian suffered a tragic loss. His dad passed away. This had a big effect on this little boy and his family.

“When his father died, Damian was only 3 ½ but I could tell how much it impacted him,” Gonzalez said. “Over time, Damian began to look at things differently; to appreciate things a lot more. He took obstacles and used them to push him further.” 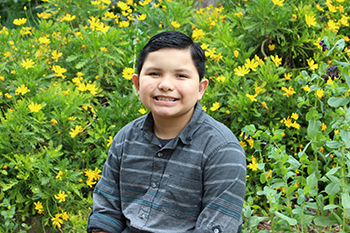 Sheer will, combined with quality care from the UC Davis Children’s Hospital team, not only helped Damian survive, but helped his family weather the storms. Fast forward a decade plus and despite his hearing challenges, Damian speaks Spanish, English and American Sign Language and has dreams of becoming a meteorologist.

“The Otolaryngology department has been on top of his needs from day one. They guided me within the school system to ensure Damian had what he needed to excel,” said Gonzalez. “Our experience with cardiology, neurology, gastroenterology and physical therapy have been equally as positive. The staff are so empathetic. They’ve always had Damian’s best interest at heart.”

This honor roll student is not only a star in the classroom, but in his family as well. Gonzalez says her son is sympathetic and takes great care of his sisters, skills she believes he learned during his health journey.

“The Child Life team was wonderful. They helped Damian deal with his emotions which played a big role in his recovery and his outlook,” Gonzalez said. “He has been fighting since birth, but these obstacles have made him who he is. Outgoing, happy, very giving and, most of all, strong. I am very proud of him and so grateful to UC Davis Children’s Hospital.”